Mr. Rifat standing in front of Amar Ekushey Hall of KUET. He wants to reach Babu Mama’s Tea Stall for taking tea. But evil Rudra doesn’t like this idea. He tries to block Mr. Rifat using his special power rectangle boundary. Now you have to determine if Mr. Rifat can reach the destination or not.

Initially, there will be a grid that represents a rectangle block and which is non-removable. You can imagine the whole place as a 2D grid.

In the following description, Type 1 and Type 2 are operations evil Rudra will perform. Type 3 is a query Mr. Rifat will ask himself.

Mr. Rifat can always reach the destination if the given points in the type 3 operation are enclosed by the same rectangular boundary. Also, no two boundaries will intersect with each other.

For each of the query of Type 3, output “Yes” if it’s possible for Mr. Rifat to reach the tea stall from the hall and “No” otherwise. 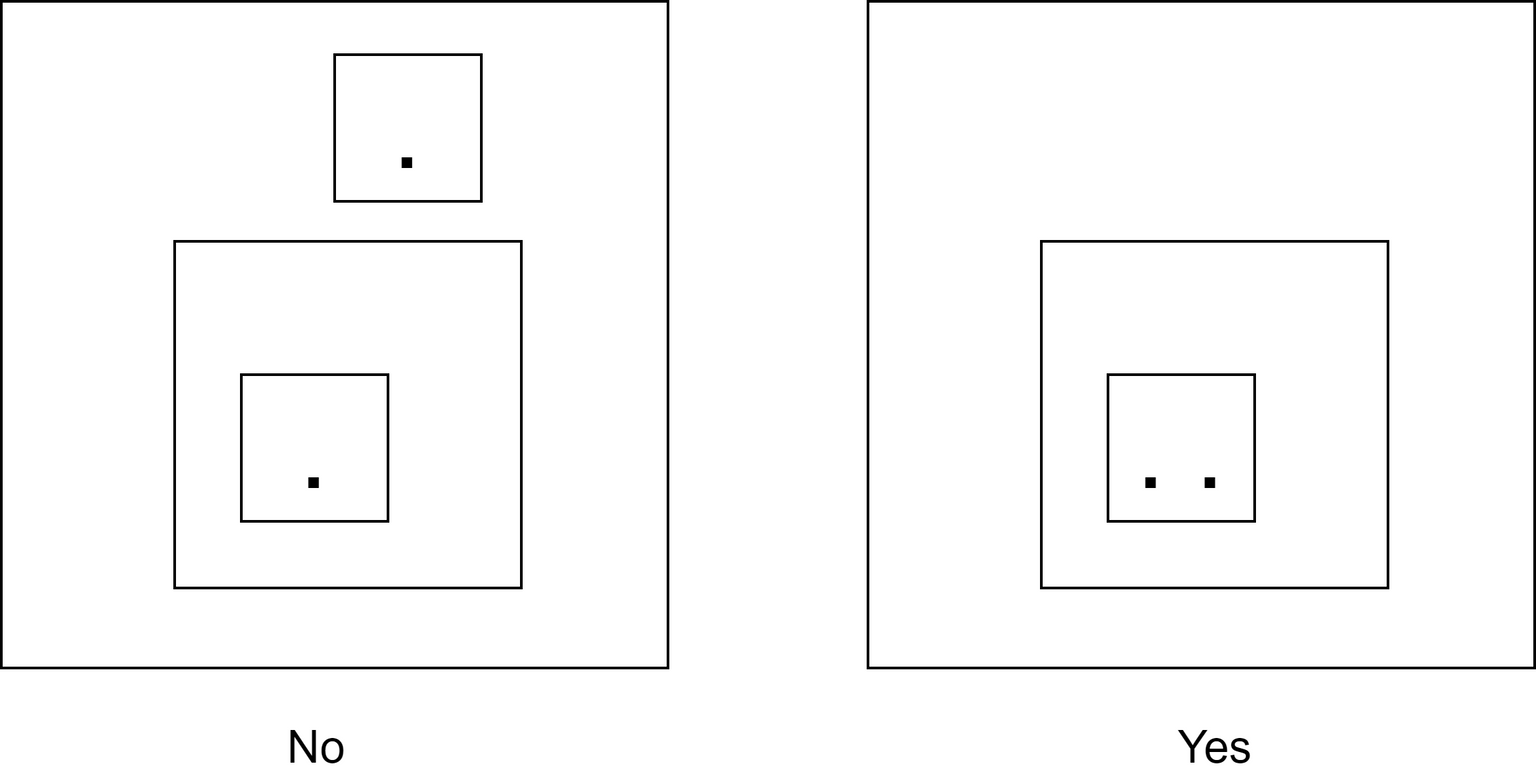