Our beloved Robi Kaka has invented a cube. You have to solve only one side of this cube – a square of N×N cells. Every cell has 4 colors – Red, Blue, Green, Yellow stripes drawn in clockwise direction one after another. There is also a white rotating button in the middle of each cell. Tapping it once rotates the cell 90° in clockwise direction.

We define the current state of a cell with its top color. Here are the four possible states of a cell, named after their top color –

You are given a jumbled square. Robi kaka calls it solved only if every adjacent cell of it shares same color.

Note that, to answer each query, you just take a look at the cube and answer the minimum number of rotation required. But you do not perform any operation on the cube.

For each test case the first line contains an integer N (1≤N≤500), length of the side of the square.

The next line will contain an integer Q (1≤Q≤105), the number of queries Robi Kaka will ask you.

The following Q lines each contain 2 numbers, i and j (1≤i,j≤N), meaning that Robi Kaka rotates the cell in i-th row from top and j-th column from left using the button in it.

For each Q query, print the minimum number of rotations needed to solve the square. 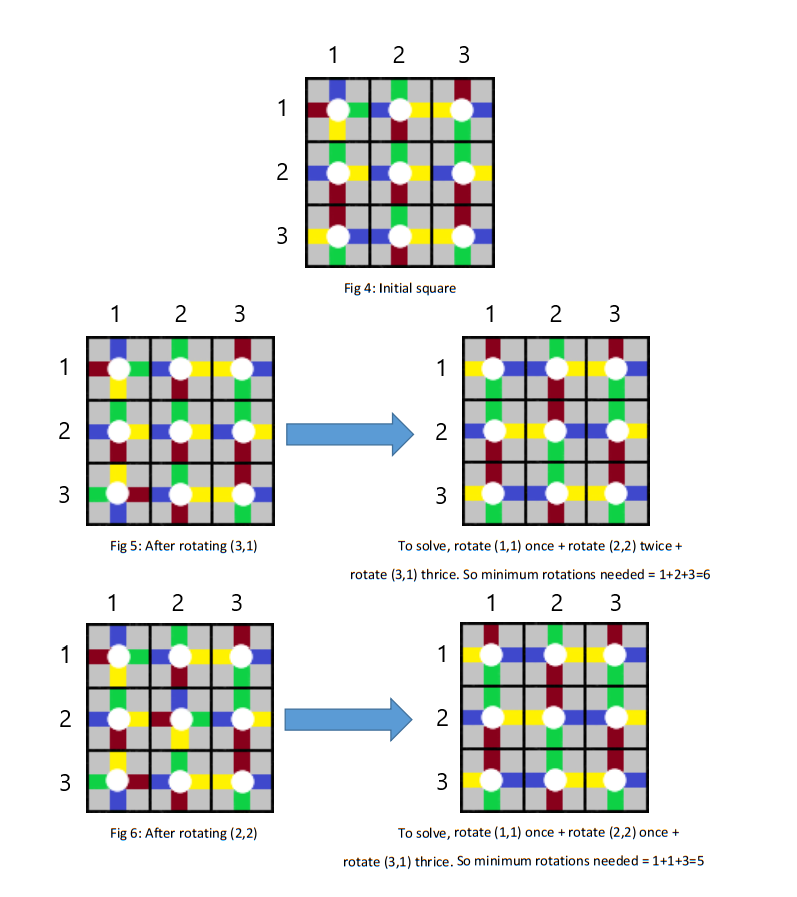 There are only 4 possible Solved structure/formation. Now, let's calculate and store the number of ...